A combine of the Saurian-kind, the Saurian Dynasty consists the races of ophidian- like Nagai-, reptilian Scaali and the avian Ibis. While technically part of Dynasty, each Saurian Race is a de-facto independent political entity, each with its own chart of general rules, a monarch ruler to uphold them, and often united only by personal rivalry to rule the whole of Saurian Dynasty. [1]

At the outbreak of the Great Race War, many Saurian leaders hastily declared their neutrality, either by a personal choice or through a direct "coercion" by the Matriarch. Some individuals however, found work on either side of the conflict by becoming contracted Mercenaries or grew otherwise involved.

An unknown Ibis individual took part in the Battle of Midgård, attacking Canine Evacuation transports. A prince of Spelheim, Meru, was captured to ensure that the Desert realm of Spelheim, a major enclave of Saurian Dynasty would stay out of the conflict. [2]

Each Saurian race has its own set of customs and rulers, often through a direct Monarchy and with little connection to one another, but a trade of goods.

The Ibis Race kind is currently led by Queen Qetesh and contested by an individual named Ra.

Technologically, Saurian Dynasty is more based on local need, rather than than to avidly display it as a sign of dominance. The form of technology is based on the varying local resources. At the Saurian heartland of Spelheim Desert it is elegant and aerodynamic, a tradition especially present on the Spelheim's Royal Courier Ship.

Saurian Dynasty possesses no official Standing Army, relying on local constabulary to maintain general order and royal Guards to protect royal family. In hinterlands, the rule of law is maintained by an order of traveling Rangers [2]

Saurians generally prefer pyramid-like structural architecture. Their ships are sleek and sweeping, resembling in some ways the Feline aircraft. The interior design of their Royal Courier Ships are designed to be relaxing, with soft instruments and rounded doors. Sauran ships are coloured mostly on hues of Gold and green. [2]

Much of the Saurian culture is based on craftmanship of her famed artisanry, leading many to become traveling merchants to sell various exotic goods, such as outfits and jewelry. [1] 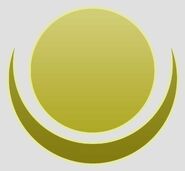 Saurian Dynasty insignia
Add a photo to this gallery

Retrieved from "https://aesir-chronicles.fandom.com/wiki/Saurian_Dynasty?oldid=459"
Community content is available under CC-BY-SA unless otherwise noted.