Feline Credits
The Feline Matriarchate --also known as the Matriarchate, the Feline Order or the Feline Empire is an authoritarian government that rules the western realm of Vanaheim. Led by an individual entitled as the Matriarch, the matriarchate places strong emphasis on its armed militia and personal loyalty through a steady diet of pro-feline propaganda. Due to its near-global technological monopoly, the Matriarchate has risen as the most powerful nation on Thyra, encompassing roughly 1/3 of the planet. [1]

Solely governed by the matriarch and assisted by the ruling council of 12 other Crests, colloquially 13 Crests, the matriarchate's decision-making policies are highly efficient to serve the global feline interests. Being a unique combination of Dictatorship and Technocracy, most of the empire's top-level executives are staffed by officials selected on their expertise at their area of responsibility, akin to a corporation. [2] [3]

Supplied by Director Skuld, the Matriarchate has a near-uncontested monopoly & direct access to the most advanced technologies available in the market, especially in the field of medical appliances and biomechanical engineering. [4]

At the outbreak of the Great Race War, such as in the battle of Midgård, the Matriarchate made use of various militia troops with varying levels of equipment and advanced weapons, such as MAR-A2 Pulse Rifle and quadrupedal MUUPA (MUltiple-Utility-Patrol/Assault)- Combat Drones to fight off the Crystal Guard. [5]

While expansionist and aggressive, the Matriarchate maintains a foreign relationships with a number of clients and neighbouring realms.

The Matriarchate maintains a mutually beneficial relationship with the Saurian Dynasty in Spelheim. A relationship complicated by the feline's capture of the Queen Qetesh's son, Prince Meru to assure Spelheim's neutrality in the war. [6]

Matriarchate relies on the Raven Syndicate as a foremost Trade Guild in Thyra in many of its business-related endeavours and thus, maintains good relations with the syndicate. The relationship goes as far as to supercede racial amenities. [7]

Economy (From the Author)

Due to the Matriarchate's near-total technological monopoly and all-encompassing private sector, the economy is decentralized and focused in accordance to different clans producing different variety of brand goods and services.

Society and Culture (From the Author) 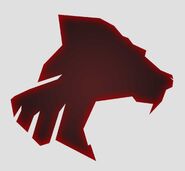