Thyran
The Canine Coalition is a rag-tag rebel movement opposing the Feline Matriarchate. It Led by an individual named Odin. Outmatched in terms of firepower and expertise, the canines resort to querilla tactics and numerical superiority to resist the feline incursion. [1]

The early form of canid resistance movement was formed during the Battle of Midgård, in which the resident felines suddenly turned on them in a massive ambush. [2] The attack, which saw many of the canine-kind being captured or routed. Isolated strongpoints led by captain Artika however, managed to defend the vital auxiliary hangar bays to the last moment. [3] This ensured, that many rebel fighters could regroup at the Spelheim Desert and further escape to Jotunheim. [4]

Led by the strongest, the canines are prone to infighting over the leadership of a particular cell and given an opportunity, over the entire rebel coalition. Thus, no centralized command structure existed at the beginning of the conflict. Independent command posts had their own sets of rebel cells, with next to no coordination between them.[5]

Outgunned without any measures of industry, the canines scavenge and steal most of their technology, including their weapons from the field. At worst, they fight with makeshift axes made from debris. While living in Midgård, they had large numbers of crude transport ships built, which were later used to escape the city.[6]

The Canine Coalition relies on the large reserve of untrained rebels and made use of whatever weapons and equipment are currently available, often with as little as melee weapons and at best, top-of-the-line feline Pulse Rifles. [7] 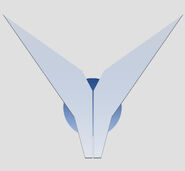